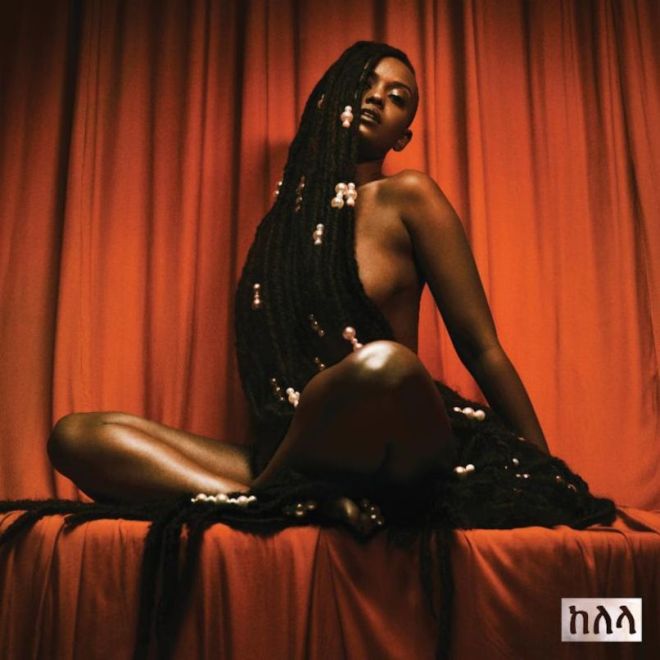 Kelela’s debut, Take Me Apart, puts her at the front of developing a new sound of R&B. The production of this album is sharply stunning and innovative while Kelela shines with her ability to flow and sing among this beautiful new cutting edge landscape while going in depth about the complexities and intimacies of love and loss with an unapologetic and confident approach.

In 2015, when Kelela released Hallucinogen, she set her eyes on a very undiscovered and uncharted sound which can be described as “futuristic.” The sound is emotionally evoking, heart-racing, and relies on experimental and electronic elements such as synths, layered vocals, and erratic drum beats, a nod to producer Arca. This new venture in sound set Hallucinogen to be her most daring release.

Now, on her 2017 debut, Take Me Apart, she continues to develop this sound by opening up the futuristic style to a variety of sounds. Offering different melodies, tempos, and multiple perspectives and outlooks on a relationship, other than only providing one as she did with Hallucinogen. She continues to cover the topics of relationships, love, and loss, but exceeds the expectation set by Hallucinogen and emphasizes those topics more with her newly regained unapologetic and confident attitude.

With this regained nature, Kelela is honest and isn’t afraid to cut to the chase. She’s assertive, sensuous, and bold– all which adds to Kelela’s delivery and her narrative. This is a motif that pervades Take Me Apart and it’s especially evident on tracks such as “Frontline,” “LMK,” and “Enough.” On the intro track, “Frontline,” Kelela sets the scene for the motif and the whole album. She is unapologetic in her delivery as she speaks of letting someone go with no regrets. “There’s a place you hold I left behind, I’m finished / Since you took your time, you should know why I’m quitting” she chillingly sings. In an added effort, she is bold when she goes back to her conscious and questions the relationship. “Why are you testing me / No, no, no, I’m not the one.” She warns with a sense of empowerment. At the end of the song, she revs up the engine and eventually drives away– symbolizing Kelela moving on as she leaves him behind. On the album’s lead single, “LMK,” Kelela builds on top this motif by adding a sense of sensuality as she sets the standards for one night stands and is blunt. She ambitiously pushes her agenda, letting the listener know she won’t let a mixed signal ruin her night. “I saw your eyes fall right past my waist, so let me know / I ain’t gonna wait if you hesitate, so let me know / I don’t wait for nothin’, baby.”

Even when the situation changes and Kelela is vulnerable, her confidence does not lessen. She continues to sing with dignity. In “Bluff” Kelela discusses a relationship where her partner is claiming to leave her. “I’m gonna prove you wrong / I’m calling your bluff”– she asserts these lyrics as she dares her partner to leave, shifting the two from the helplessness they feel in their relationship to a place where she challenges her partner.

On tracks like “Frontline,” “Take Me Apart,” and “Blue Light” the production is precisely futuristic. You hear this in the industrial, acute, glitchy, and innovative queues from Jam City– a new producer on Kelela’s team. On Take Me Apart Jam City produces tracks where the production is inevitably chilling and sharp and executions hit their mark perfectly. For example, look at how the executions are hit when the chorus unwraps Kelela’s chilling strong vocals on “Frontline,” “Take Me Apart,” “Blue Light,” it explodes with precise glitchy and flowy synths which build on each other to make a grandeur effect.

A contrast from the progressive wave of this album is that we get a style from Kelela that is reminiscent of 90’s R&B. By this, I am reminded of the late Aaliyah. On the light track “Altadena,” she utilizes this style to construct a meaningful track that lets her vocals flows easily with production and to the everyday listener; maximizing accessibility which is one of the key factors to this album’s appeal. This style, remnant of the 90’s, is achieved by layering Kelela’s soft vocals, giving a luxurious and warm harmonizing effect. She uses the same layered vocals to create a great fallback on “Truth Or Dare” and on the bridge of “Take Me Apart,” tracks that are modern but also honor the past.

I applaud Kelela’s set of producers on Take Me Apart. She’s able to create more for the futuristic sound by creating accessible tracks such as “LMK” and “Altadena”; Kelela is offering music that reaches every tempo but can fit into the boundary of this new sound she so indefinitely developed; there are club tracks, songs that are easy enough to play in the bedroom, and some that are perfect for a nice night drive. This is a mark which she missed on Hallucinogen but executed it perfectly on a debut album, showcasing where she is in the moment of contemporary R&B and her skillset.

From beginning to end, this album is a masterpiece. It perfectly showcases Kelela’s vision as an artist, which few can even capture on a debut album. It a nod to 90’s R&B, the future genres, and captures the present with a collection of iridescent tracks that transcend all these barriers. Its an honest narrative about the complexities and intimacies of love, lust, and loss with judgment peeled off. The album is passionate, Kelela sings with melodic coos and breathy stops switching off and on between strong and soft vocals while she keeps you on the edge of your seat with precise, stunning, and high definition production that evokes so much emotion. On this record, Kelela is bold. She lets you know how she feels and isn’t embarrassed if she comes off as vulnerable.