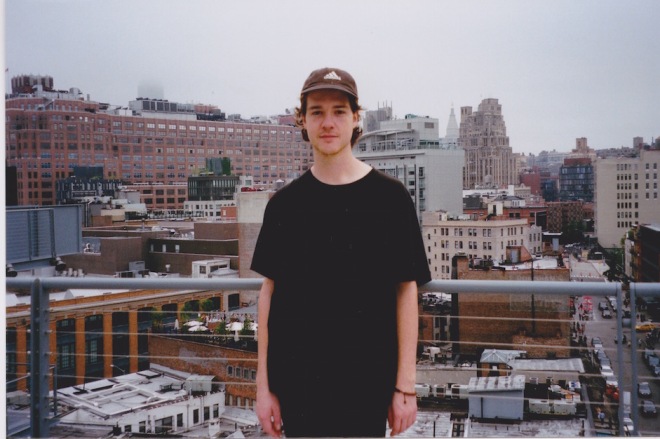 Posted on December 16, 2017June 29, 2018 by Stageconfessions Posted in Artists You Should Know, Favorites, Music Catalogs

One of the biggest occurrences in music in 2017 was the rise of the lo-fi indie scene, filled with incredibly talented young artists. With the majority of these artists being under the age of 20 and not having access to a lot of equipment and recording studios, most of them produce their chill lo-fi melodies from home, making them all the more impressive. This list encompasses just some of the musicians who really made their imprint on the indie scene this year, having their music go viral and gaining large followings. Their music shines with smooth synths, original sounds, and melodic guitar riffs. Each one of these artists has their own special talent whether it’s Cuco with his trumpet solos, HOMESHAKE with synths, or Cosmo Pyke with his jazz-infused indie sound — these artists show that they are here to stay.

Cuco is the 19 year old heartthrob who’s shaking up the LA music scene. With his dreamy ballads, trumpet solos, and Spanglish lyrics, Cuco is changing the game, allowing his culture to have an influence on his music, something that isn’t being done by many artists in the indie community. Starting off with just a small platform on SoundCloud, Cuco has been able to gain a large audience so quickly due to the virality of songs like “Lover Is A Day” that will hook you from the first listen; you’ll be singing “time changed we’re different but my mind still says redundant things” all day. His synth-pop beats and sentimental lyrics are sure to give you the feels and make you want to have a summer love (“Summertime is the time, I like to get high with you”). But it’s not just his catchy lyrics and electro-pop beats that his fans love, he’s managed to grab the attention of many young adults so well because he’s relatable, whether that’s through his experiences with love and heartbreak or his background. With Cuco being a minority, especially in this industry, he has become a figure that many Latinx teens look up to and feel represented by which has played a big role in his persona as an artist.  – Ashley Flamenco

HOMESHAKE is Peter Sagar’s solo musical project which has spawned 3 studio albums and 2 mixtapes. Based in Montreal, Peter has made a name for himself with indie rock and synth-pop influenced lo-fi instrumentals that incorporate a nice falsetto voice to back up these instrumentals with ease. His lyrics are potent with a stripped down subject where he speaks about adventure in a somewhat failed relationship which has its up and downs. Peter is one of the most confessional artists on this list. He highlights his insecurities in his music and is vulnerable about love. The way he creates this mood of relaxation is really his strongest trait — he lets this feeling of tranquility unravel with his voice while the production carries you on, synth by synth. – Miguel Anderson

Clairo has impressed many with the indie-pop songs that she makes right from her bedroom. With most likely not having much access to professional equipment, Clairo works with what she has, using GarageBand to record music and Photo Booth to film videos, including the one she filmed for “Pretty Girl” that went viral, hitting over 5 million views. Unlike many other artists, Clairo hasn’t had to build a “different” persona for herself or necessarily do something “crazy” with her music in order for it to stand out, she keeps it simple and that’s what makes her unique. She tends to focus on the sadder side of love through her lyrics but does so in a way that’s very simplistic, charming, and almost doesn’t seem sad. Most of her songs consist of beats that are made up of a few keyboard chords and a catchy chorus (“I could be a pretty girl, I’ll wear a skirt for you”) making them easy listens for anyone. – Ashley Flamenco

Probably the most up-and-coming out of all of these artists is Cosmo Pyke. He’s a model, singer, graffiti artist, and skater fresh out of South London. At only 18, he’s taking the indie scene by storm, being noticed for his unique style and music; he was even featured in Frank Ocean’s “Nikes” video and sold out a headlining tour. His musical style is a nice blend of the genres jazz, blues, indie-rock, reggae and hip-hop, all of which are recognizable in the sad lyrics, stylistic reggae guitar riffs and rap verses in his songs. Cosmo is able to smoothly mix styles that are vastly distinct from each other, allowing him to take the indie scene in a different direction where lo-fi artists are getting the spotlight. Currently, he has one EP out titled Just Cosmo, a collection of songs about the difficulties he went through in a past relationship that perfectly blend his lyrics into his inventive sound. – Miguel Anderson