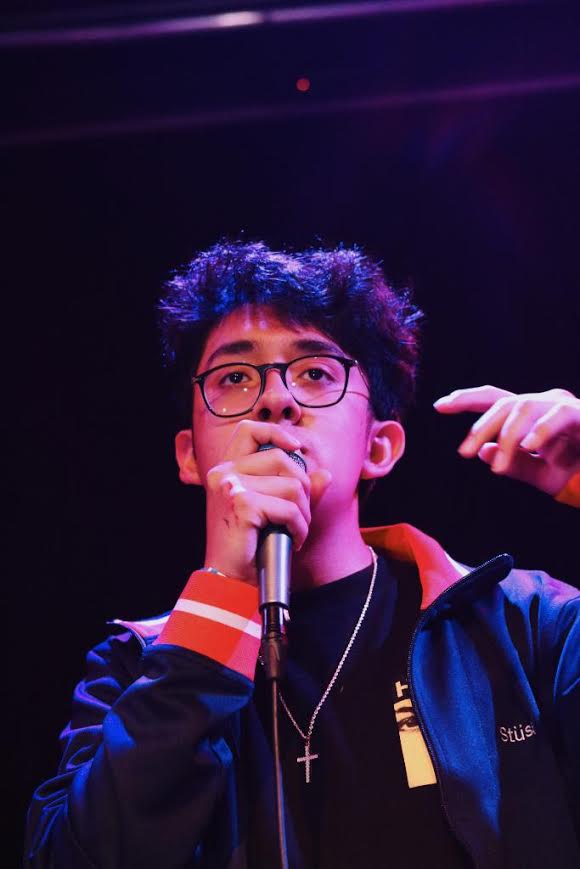 Posted on June 30, 2018 by Stageconfessions Posted in Artists You Should Know, Favorites

Omar Banos, well known as Cuco, is a 20 year old Chicano musician from Hawthorne, California who is swiftly making an impact on the indie music scene. He got his start not much over a year ago, at around the age of 18, by posting music on SoundCloud and playing house parties and backyards but he quickly gained fame as songs such as “Lover Is A Day,” now reaching over 12 million streams on Spotify, from his Wannabewithu EP, went viral. Soon after, he began selling out local venues and appearing on music festival lineups. Last summer, he headlined his first festival, Viva Pomona, and just months later went on to play some of the biggest festivals in the country like Coachella and Governor’s Ball.

Cuco’s music uses lo-fi spacey sounds and electro-pop beats to tell stories of romantic relationships, unrequited love, and heartbreak. His work is something that any young hopeless romantic can relate to. He adds unique touches to his music by including lyrics in Spanish, a language he speaks at home, and trumpet solos — if you’ve ever been to one of his shows, you know that the crowd goes wild for those famed trumpet solos.

He’s credited artist like Tame Impala, Baby Bash, and Tyler, The Creator as influences and their impact on Cuco’s work is certainly noticeable, especially in recent track “Lucy”, featuring band-mate J-Kwest, where rap meets psychedelic pop. But his biggest hit yet, co-signed by Steve Lacy (of The Internet) and Kevin Abstract (of Brockhampton), has been “Lo Que Siento,” translating to “What I Feel.” It’s a groovy synth-based love ballad that fuses English and Spanish together and surprises you with a trumpet solo at the end. In the song, Cuco relays his feelings to his special someone singing: “Dreamin’ of you when I’m alone/ Baby don’t trip, I’m comin’ home…Promise you’re everything I want/ This is for you, baby listen, it’s your song.” Released in early June of last year, it was arguably “the” indie track of the summer of 2017.

There are many adolescents who can relate to themes of love and heartbreak but it’s not just the stories behind Cuco’s music that resonate with so many, it’s also his background. Cuco, raised by Mexican immigrant parents, didn’t grow up with many resources. Throughout his life, his family endured difficult financial situations however, though having been faced with several obstacles, Cuco has a long road of success ahead of him. His achievements as an artist have made him an important representative in the young Latinx community and a role model for other kids with dreams of making it who are in similar circumstances that he was once in, to look up to and be inspired by.