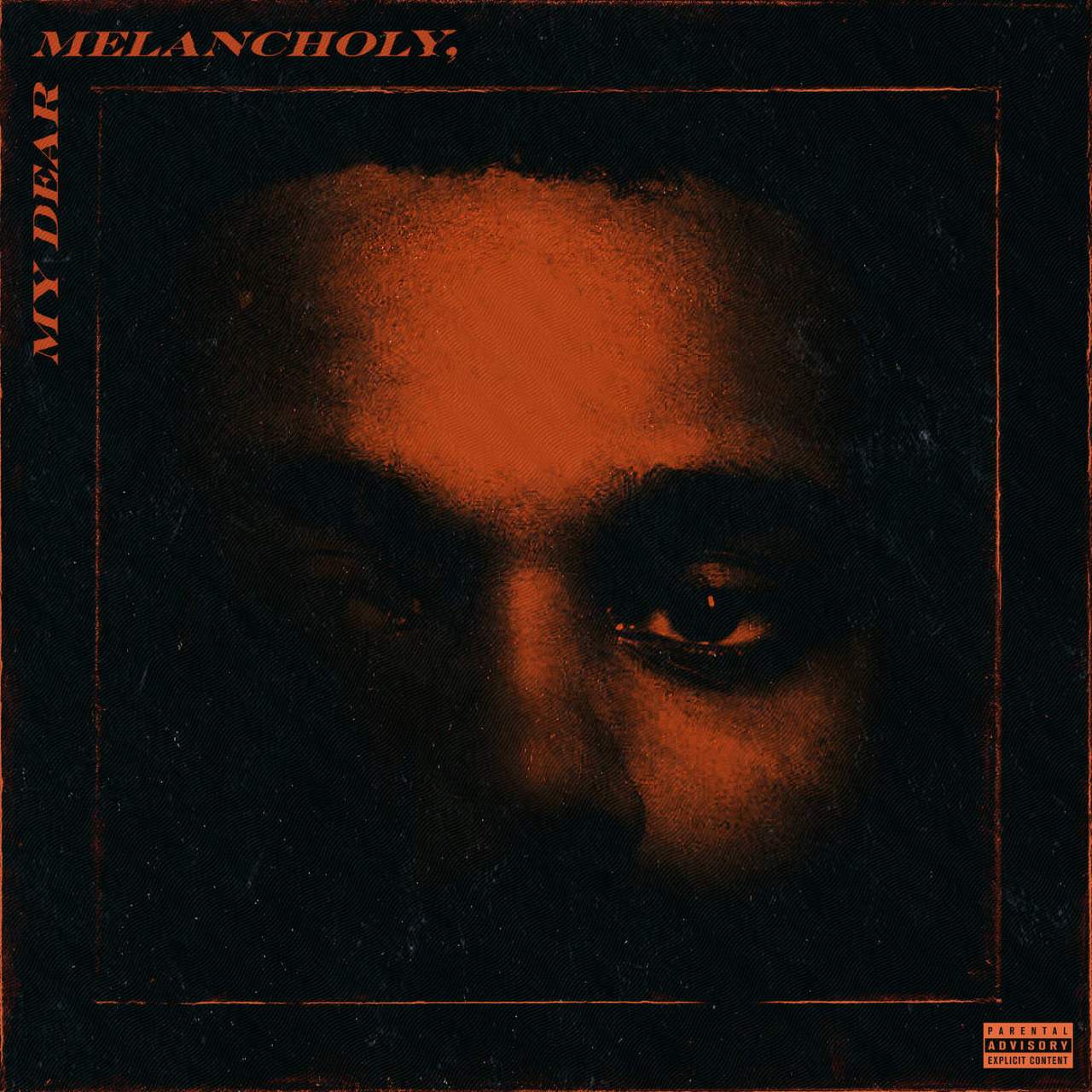 My Dear Melancholy, gives us a piece of what The Weekend once was, almost going back to the mystery man synonymous with Abel Tesfaye. This album uncovers the pop-facade that Abel has been hiding under and along the way, reveals secrets.

Since The Weeknd landed a spot as one of the biggest pop stars in recent history, his evolution from explicit R&B singer to pop star has been somewhat disastrous; dead ends and false hopes have pervaded his growth at almost every turn. This route started when he first popped up onto the scene with his three mixtapes that presented a bruised world surrounding themes of drug use, lustful experiences, and self-hate. Soon after this, false hopes start to appear on his debut, Kiss Land. It was a lackluster performance, considering that the Weeknd pursued a topic typical for a debut, as most of it revolved around the idea that fame changed things. Although his breakout produced some of his best work released as The Weeknd, like “Tell Your Friends,” it also produced his most pop-formulaic songs, such as “Can’t Feel My Face” and “In The Night.” Lastly, On Starboy, his persona fully transformed and so did his sound; it was now fully studded with an electro-R&B flair and this is where it suffered the most, a major pitfall for conforming to pop’s electronic infatuation.

Despite the disappointing change he made on Starboy, My Dear Melancholy, marks a move towards darker sounds and opens the door for a more vulnerable narrative, and in The Weeknd’s case, it marks a change for the better, a change that still manages to keep The Weeknd at his most interesting. The truth is that, The Weeknd didn’t soar to extraordinary heights on Starboy where he went full fledged into his newly refined R&B-electronic image. My Dear Melancholy, lets us know that the extraordinary heights that he put in place on Beauty Behind the Madness and in the Trilogy series are still in reach and the reaches towards those heights sound amazing on this album.

The Weeknd picks up where he left off on Beauty Behind The Madness, continuing to deliver his dark bruised world. However, what makes My Dear Melancholy, different is the fact that so much emotion and vulnerability is poured onto this breakup album. It sounds perfect for post-breakup sulk and relief, given that the album comes flooding with dark brooding synths and many pleas as he sulks in regret and realization. “Call Out My Name,” sets the scene for the album: The Weeknd is in a battle with himself, finding himself having to either indulge in past pleasures or move onto better things. He fights with his regrets, as he delivers several emotion packed punches and belts of notes, stating “You gave me comfort / But falling for you was my mistake,” over a sample of “Earned It,” that gathers intensity until he reaches his breaking point eventually pouring out: “So call out my name / Call Out my name when I kiss you so gently / I want you to stay.” “Try Me” sees Abel begging for acceptance after the two have parted ways; it may sound like a call to a fight, but it’s a call to home instead. He pleads with his ex to leave her current partner to “try him” one more time. Abel then moves past the relationship and accepts his regrets, sorrows, and states his goodbyes throughout the songs “Wasted Times,” “I Was Never There,” and “Privilege.” These three stand out as the most emotional in The Weeknd’s career and reintroduce his cloudy dark sound along with his vulnerable narrative. They embrace his past of substance abuse and his ominous production and you see Abel confront his feelings for the first time. “Wasted Times” sees The Weeknd starting to accept his regrets. Abel sings about substance abuse on “I Was Never There,” even acknowledging the use of it to ease the pain, stating “So, I posion myself again, again / ‘Til I feel nothing.” Finally, on “Privilege,” Abel states his goodbye by addressing the relationship first hand and how he is going to forget about it — he gives his action plan: “and I’ma fuck the pain away, and I know I’ll be okay,” coming to the conclusion that maybe love isn’t for him afterall.

Although My Dear Melancholy, is not a complete 180 turn around, nor so innovative as the Trilogy series, it does serve it’s justice putting him back right before his electro-studded Starboy, on the route where The Weeknd is at his most interesting. The outcome of it all is a cloudy emotional album that concludes that The Weeknd sounds best when he has experienced the worst.